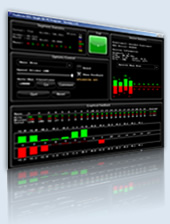 The relationship between science and spirituality became an issue the moment modern science arrived in the early 1600s—with the persecution of scientists like Galileo and Bruno at the hands of the Church. And how things have changed! Science now calls the shots and religion struggles for followers. But parallel to the change from a fundamentally religious society to a scientific society has been an undercurrent of evolving spirituality. Spirituality is less a body of dogma and more a body of experience. In this blog area we want to begin unpacking those experiences for their scientific content. Part of these experiences involve a deeps sense of values. And while science has traditionally eschewed any discussion of values (just the facts ma’am), this might be changing. Values may themselves be facts of nature. We will examine how science may be on the cusp of finding foundational values in the basic structure of nature.